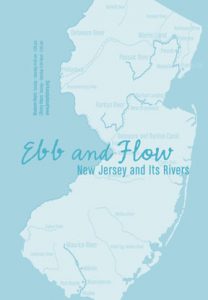 Ebb and Flow: New Jersey and Its Rivers

The exhibit explores how activities, both historical and contemporary, along the Delaware, the Raritan, the Maurice and the Passaic – symbolize the importance of fresh waterways, and serve as a template for understanding rivers’ importance in shaping the human experience. Using these waterways as well as two related canals as examples, Ebb and Flow will specifically explore the topics of food supply, settlement, transportation and industry.

Hands-on activities allow visitors to “dredge” for oysters, create a dutch-style tile, listen to excerpts from canal and oyster boat songs, and solve puzzles about the state’s industries.

Send the Word: New Jersey During the Great War

The New Jersey Historical Society has marked U.S. entry into World War I with the exhibit “Send the Word: New Jersey During the Great War”.  NJHS’s artifacts, images and manuscripts from its museum and library collections create a stirring testament to the sacrifices and struggles of the state at war. Items from the Historical Society’s trove of wartime posters are displayed, along with soldiers’ uniforms and equipment, an artillery shell and gas mask, family correspondence and personal items illustrating a transformative period in New Jersey’s history. Also included are the sounds of World War I period songs coming from a 1916 Thomas Edison multiphone. 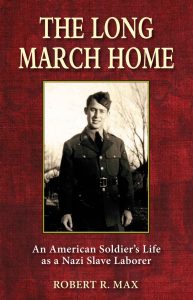 A story about a WWII veteran, Robert R. Max, who left a comfortable college life to enlist in the United States Army at the age of 20 in 1942. Bob fought in three major battle campaigns across Europe before he was captured during the climatic Battle of the Bulge and was forced into Nazi slave labor. 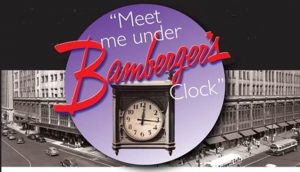 “Meet Me under Bamberger’s Clock”: A Celebration of the Life and Contributions of Louis Bamberger

The clock outside Newark’s L. Bamberger and Co. department store did not just tell the time: it was a downtown meeting place for generations of New Jerseyans.  The exhibit “Meet Me under Bamberger’s Clock” appears by special arrangement with the Jewish Historical Society of New Jersey. It was designed to accompany the new biography by JHSNJ Executive Director Linda B. Forgosh. The fascinating story of Louis Bamberger (1855-1944), New Jersey’s foremost department store innovator and philanthropist comes to life in a new exhibit, now showing at The New Jersey Historical Society. Relive the days of Newark’s grand and glorious department store L. Bamberger and Co., and learn about its founder Louis Bamberger’s vital but mostly overlooked contributions to the cultural and civic life of New Jersey. The images, texts and artifacts that make up the exhibit “Meet Me under Bamberger’s Clock” are on view for all to enjoy!

Firehouses of Newark: A Photographic Exhibit by Maggie Brown

Maggie Brown is an arts educator and New Jersey artist whose works are exhibited in museums, educational institutions, and art spaces statewide. The project uses historic firehouses, photographed by Ms. Brown, to link the profiles and footprints of these impressive structures to an array of elements in the Newark Schools curriculum, from lines, shapes and colors to neighborhoods, from design to technology, from municipal organization to urban planning and historic preservation.